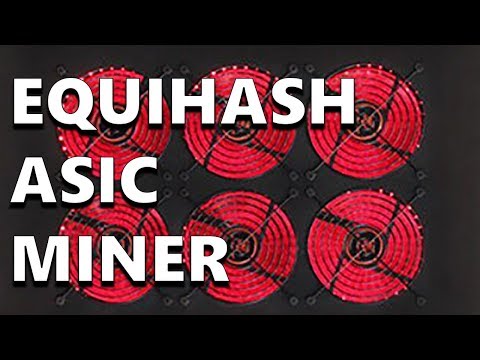 In case you missed it: Major Crypto and Blockchain News from the week ending 12/14/2018

ASIC resistance seems to be something that crypto fans cheer. This may have something to do with the fact that they see Bitmain as a looming monopolistic threat that can produce enough hardware to 51% networks.
While this may be true to some extent, the solution to this problem seems to always be to simply fork them off. This, of course, never actually works.
Take for example Horizen (formerly Zencash). Horizen is a fork from Zclassic, which was a fork to remove the 20% founders fee from the block reward from Zcash, which was itself forked from Bitcoin.


Now, being a fork of Zcash, Horizen uses an equihash algo for mining. Other coins that use equihash include Bitcoin Gold, Komodo and, of course, Zcash.
The whole point of making equihash was to be an ASIC resistant algo. Well, guess what? In less than a year equihash ASICs were created.
The reason I bring up these coins is because Horizen and Bitcoin Gold both recently suffered 51% attacks on their respective networks. The attackers were able to rent more than 51% of each coins hash rate and used Nakamoto consensus rules to mine in secret, faster than the rest of the network. This allowed the attacker to deposit on binance, trade ZEN for BTC , withdraw, and after he received his BTC, add his blocks to the chain (longest chain rule) and double spending his ZEN making free BTC.
BTG and ZEN had different approaches to this problem.
BTG decided to go with a more "memory hard" equihash algo, which will stymie ASICs for a time, but they will likely be back, if the coins have a big enough market cap.
https://bitcoingold.org/equihash-btg/
Horizen decided not to follow in BTG's footsteps. Their approach is to slightly alter Nakamoto consensus rules to disincentivize mining in secret. This, in my opinion, is a much more elegant and long term solution to the 51% problem.
GPU miners in the Horizen community claimed that the Horizen team's decision to not fork to ASIC resistance was giving into Bitmain. However, in the few months that ASIC miners have been mining equihash, two other companies, Innoscillicon and ASICminer (company name) developed more powerful equihash miners than Bitmain, although they were quite a bit more expensive. Add to this the fact that Samsung has been making ASIC chips for at least 6 months and it starts to become clear that Bitmain's monopoly will slowly be chipped away by the market.
https://techcrunch.com/2018/01/31/samsung-confirms-asic-chips/
The point is, for most ASIC resistance advocates, it comes down to their concern for decentralization because of Bitmain's dominance. To this, I will direct you to the equihash saga as outlined above.
If you believe that Bitmain is as nefarious as some say they are, why do you think they are not above developing an ASIC miner for coins that are supposed to be ASIC resistant, test in secret, and then just unleash their hash on the network, rendering it completely useless? They could have done that with equihash, but they didn't, maybe mostly because they didn't think it was worth the pain to fabricate them all.
ASIC resistance is futile. GPU mining is a hobby for most, and they can resell the GPUs when they are finished. ASIC mining is the industrial version of mining chains need to be secure against attacks, by up to and including state actors.
For all these reasons (and more) I have come to the conclusion that forking to ASIC resistant algos is dangerous for the network because it artificially suppresses hash power (and opens the door to hostile takeovers), is temporary and essentially a subsidy to GPU miners.
Disclaimer: I do not mine, but I am a secure node operator for Horizen.

Wenn Sie sich für den Einstieg in den Bitcoin-Mining entschieden haben, aber noch nicht bereit sind, in teure ASIC (Application Specific Integrated Circuit)-Miner zu investieren, können Sie sich für einen Cloud-basierten Mining-Service entscheiden. Es gibt eine ganze Reihe von solchen Diensten, aber Miner-Server ist definitiv der beste. Today, if you try to mine with anything other than an ASIC miner, you’re in for a disappointment. ASICs are built specifically for Bitcoin mining and are therefore the most efficient type of miner out there. For reference, a single ASIC miner has the equivalent mining power of 700 GPUs. Therefor, the massive move of miners toward ASIC ... Yes, ASIC Bitcoin miners are much more powerful than ordinary GPUs, but you may as well read that as significantly higher mining difficulty of Equihash-based cryptocurrencies. On top of that, many such coins could become ASIC-resistant similarly to Bitcoin Gold, which would virtually eliminate the miner’s efficiency. Vor mehreren Jahren noch nutzen die Miner für das Schürfen Grafikkarten. Das ist auch heute noch möglich, jedoch stellen diese oftmals die bessere Wahl dar. „ASIC“steht für „Application Specific Integrated Circuit“ und bedeutet so viel wie „anwendungsspezifische integrierte Schaltung“. Expensive Bitcoin mining hardware is fast, efficient, and unique. You need to aim for the miners with high value and quality instead of going for cheap equipment. Understand the ASIC miner value and ASIC mining calculation before opting for the miner. Let’s move on to the top 5 ASIC miners in 2020: #1 Bitmain Antminer S5 ASIC-Miner. ASIC-Miner sind Bitcoin Miner, welche spezifisch dafür designt wurden, Bitcoins zu minen. So existieren diverse USB Bitcoin Miner, welche mit der passenden Software einfach an den PC angeschlossen werden und dann nebenher Bitcoins minen. Natürlich verfügt ein Bitcoin Miner USB-Stick nur über eine geringe Leistung, so dass man sich fragen muss, ob sich eine solche Investition ... Tardis ASIC Bitcoin miner uses 6300W of power to mine your favorite Cryptocurrency. Besides it also weighs around 37000g which is a lot less than the industry average. In comparison, Bitmain S17 BTC mining hardware only weighs 9500g. Talking about returns, a person can make $17 a day in profit from this Bitcoin mining equipment. However, as with the rest of the above ASIC bitcoin miner, the ... Bitcoin ASIC Miner Manufacturing Domination: Bitmain and Microbt Battle for Top Positions . On June 16, 2020, Bitmex researchers published a report that noted bitcoin mining rig manufacturers have ... Founder of Bitcoin Miner. Bitcoin Miner trading platform was created by Dan Manson, who is a cryptocurrency enthusiast, and a product engineer who has a good reputation in cryptocurrency trading.As per our review, he has made good money from Bitcoins mining. Also, he is one of several industry leaders to create crypto mining programming. CGMiner 4.1.11 – This is a multi-threaded multi-bullet FPGA and ASIC miner for bitcoins, as well as the most popular miner for GPU / FPGA / ASIC. CGMiner – This is an open source GPU miner written in C and available on several platforms such as Windows, Linux and OS X. One of the things that make it extremely popular is the fact that it is based on the original Cpu code. Miner. Download ...

ASICminer have released an equihash ASIC Mining machine that can do a whopping 40,000 sols. What's your thoughts on this new machine? ASICminer Equihash 40,000 Sol/s - https://asicminer.co/shop ... *update: I've started trading crypto on Binance(http://bit.ly/BiNANCE) and it's amazing! It's opened up a whole new world. Two weeks ago I deposited $1k and ... Which is more profitable between GPU and Asic Mining in 2019? Both GPU rigs and Asic miners are heavily overpriced due to the fact that so many people want to get into Cryptocurrency mining. Why Crypto.com Is NOT Ponzi Scheme Like Bitconnect? Deep-dive Into The Company, Team And Reddit - Duration: 26:14. denome 2,712 views. New Chinese Fulijuntuan Miners launches new upgraded 7nm bitcoin mining machine the "Unicorn Titan". Support "SHA256 cryptocurrency mining, can be used for the mining of bitcoin and bitcoin cash. ***MY SOCIAL MEDIA LINKS*** https://www.bitchute.com/profile/uWlxmQ9GEeOU/ https://d.tube/#!/c/juanzo74 https://steemit.com/@juanzo74 https://twitter.com/jts... This video is unavailable. Watch Queue Queue. Watch Queue Queue පහසුවෙන් BitCoin සහ වෙනත් Coin ඕනෑම CPU/GPU එකකින් mining කරන හැටි - ًWinMiner Sinhala Guide - Duration: 15:24. Thakshanavediya ... The new Bitmain Bitcoin Miner the ASIC BM1391 7nm unit at face value appears to be the most efficient and powerful one yet. With a reported J/TH of 42j/TH, that is about %44 more efficient than ...